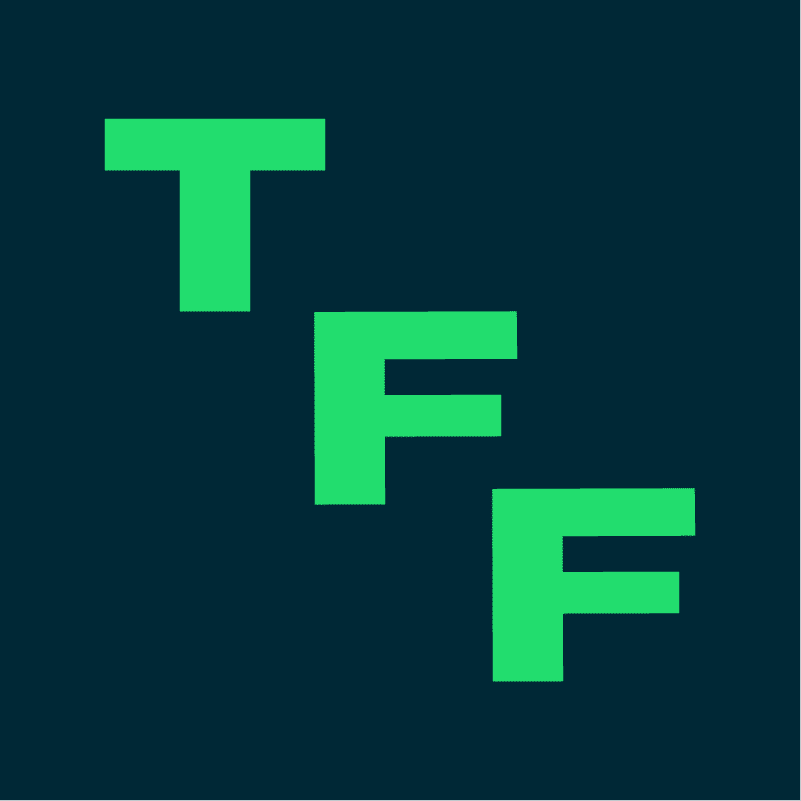 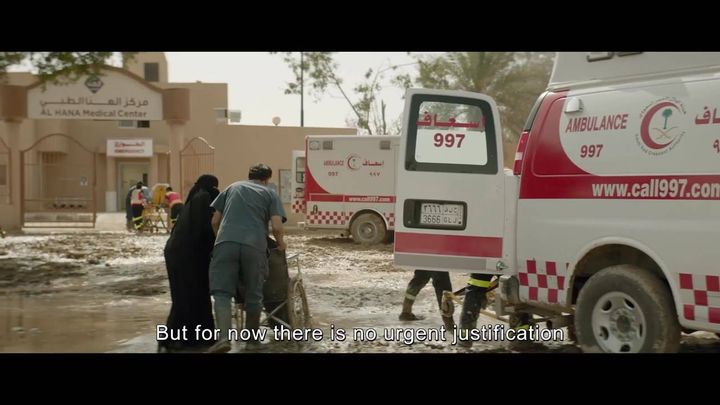 A determined young Saudi doctor’s surprise run for office in the local city elections sweeps up her family and community as they struggle to accept their town’s first woman candidate. Nominated:

A determined young Saudi doctor’s surprise run for office in the local city elections sweeps up her family and community as they struggle to accept their town’s first woman candidate.

Oscar nominee and Saudi Arabia’s first woman director Haifaa Al-Mansour (Wadjda SFF 2012), brings a revealing look at the changing roles of women in Saudi Arabia. Maryam is a doctor in a Saudi hospital, the only one in town with emergency facilities. Despite her qualifications, she struggles to to earn the respect of male colleagues and patients every day.

After Maryam is prevented from traveling to Dubai in search of a better job, a bureaucratic mixup leads her to run for the local elections. With her musician father away on tour playing the first public concerts allowed in the Kingdom in decades, Maryam enlists her two younger sisters to begin fundraising and planning campaign events. She becomes a phenomenon, first via social media, than by appearing on an interview show and refusing to answer questions on “women‘s subjects” like gardens.

Despite her father and her community’s struggle to accept her as their town’s first woman candidate, Maryam’s journey starts to become a symbol for a larger movement.

For carer Gary, moving on and keeping his family together isn’t always easy. Tensions run high when his late wife’s parents arrive unannounced after he brings home a date. A charming insightful comedy written by multi-disciplinary artist Emily Dash. 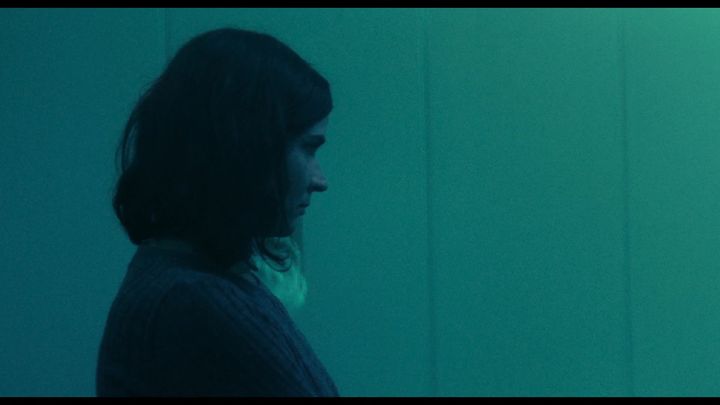 Well-known Colombian author Carolina Sanin plays a single mother who has to confront a public work scandal. Also her sick mother who refuses treatment, a five-year-old son with no father

Also her sick mother who refuses treatment, a five-year-old son with no father in the picture, and a new romance on the horizon.

Colombian filmmaker Franco Lolli’s (Gente de bien, 2014) moving and sensitive drama follows a family in turmoil in the midst of a scandal.

Escalating tensions rise between a querulous chain-smoking matriarch, Leticia (played by Leticia Gómez, the director’s own mother) and her elder daughter, Silvia. Both mother and daughter are passionate, unrelenting lawyers, and when Silvia learns that her boss has awarded illegal construction contracts, the women’s profound disagreement about their profession’s moral obligations reaches a boiling point. More importantly, however, Leticia’s high standards have led to Silvia’s inability to ever be satisfied with her motherhood, or her relationships.

With a keen eye for detail, director Lolli’s incredible visual approach further captures the struggles that come with forgiveness and acceptance.

“From Colombia, a tender tale of private lives and public scandal.” The Guardian

The things we do for love. A young Chinese celebrity, Wan Ran (Nan Chen), is called into an emergency meeting with his manager following a young fan’s suicide. 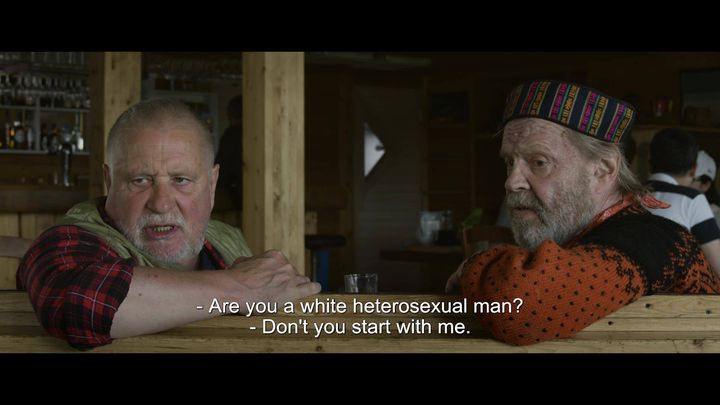 Following the death of his wife, professional chef Cheng travels with his young son to a remote village in Finland to connect with an old Finnish friend he once met

Following the death of his wife, professional chef Cheng travels with his young son to a remote village in Finland to connect with an old Finnish friend he once met in Shanghai.

Upon arrival, nobody in the village seems to know his friend but local café owner Sirkka offers him accommodation and in return Cheng helps her in the kitchen surprising the locals with the delights of Chinese cuisine.

Gradually his cooking encourages these vastly different cultures to connect and Cheng is soon a celebrated member of the community. Unfortunately his tourist visa is soon to run out and it’s up to the villagers to come up with a plan to help him stay…

An imaginative stop-motion animation that looks inside our cameras at the creatures within, who are living lives defined by what they see through the lens. 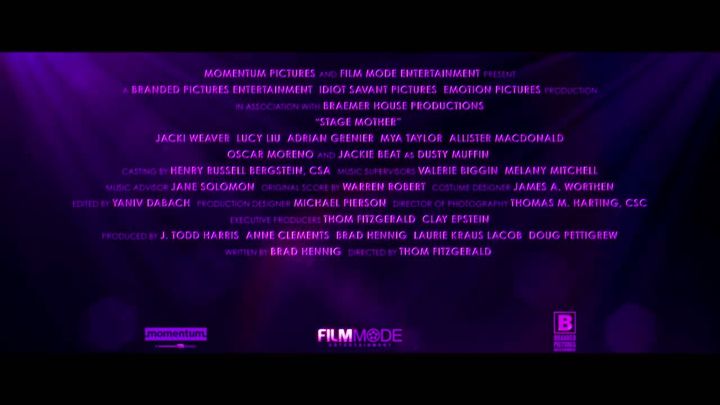 After the death of her estranged gay son, conservative church choir director Maybelline (a brilliant Jacki Weaver) journeys to San Francisco and takes over his failing drag bar.

A sparkling Jacki Weaver leads as Maybelline, a conservative, Texas church-choir director who inherits her recently deceased son’s drag club. Defying her conservative husband, she heads to San Francisco where she meets a kaledioscope of characters. At first shocked by the raucous and stimulating new environment, she begins to open up and find new meaning for her life, even becoming a mother-figure to the club’s flamboyant performers.

With a fiery supporting cast, including Lucy Liu (Animals, Kill Bill) and Mya Taylor (Tangerine), director Thom Fitzgerald’s lyrical comedy-drama focuses not only on the gleaming cityscape, but on high notes of hope, unity and healing.

“Jacki Weaver is excellent in this colourful culture-clash comedy which … offers a welcome message about the power of love and acceptance.” – Empire 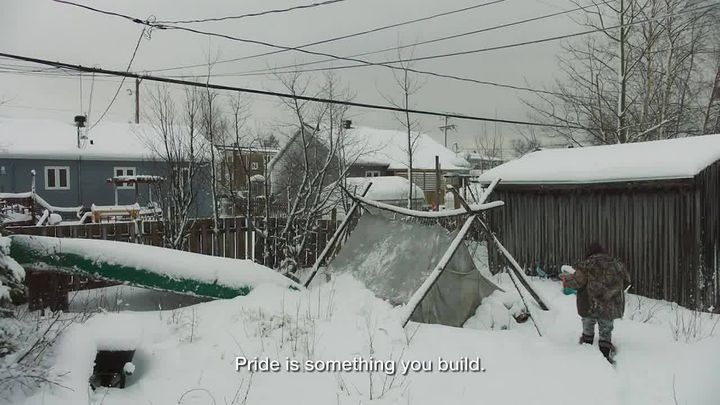 Based on Naomi Fontaine’s acclaimed novel, two childhood friends from the same Quebec Innu community begin to realize that they face very different futures. This is Myriam Verreault’s bittersweet portrait of

This is Myriam Verreault’s bittersweet portrait of the ties that bind people, places and possibilities.

In a Quebec Innu community, Mikuan and Shaniss struggle to maintain their close friendship when they clash over their diverging ambitions. When Mikuan falls in love with a white boy and starts to consider a life beyond their tiny reserve, her bond with Shaniss and her family is put to the test.

A coming-of-age story told with humour, tenderness, and heartbreak, Kuessipan is a poignant exploration of evolving friendship and dreams, and the bonds that will forever root us in our culture. Kuessipan is told through an Indigenous lens yet remains relevant to us all as we discover the power of community — along with the individual strength it takes to follow our own path.

Regaining consciousness in a car wreck, a young father finds that his daughter is missing. In order to reconcile what has happened to his child, he must overcome his own fears and past destructive actions. 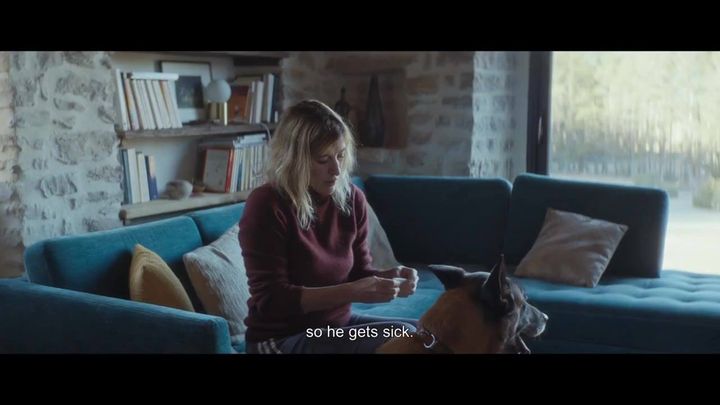 Based on Colin Niel’s taut 2018 novel of the same name.

This gripping thriller by director Dominik Moll (AF FFF06, Lemming) ducks and weaves across different time periods and geographical borders – from Africa to Europe – as the truth behind a woman’s mysterious death is uncovered.

Set in an isolated town in the lush, wintery mountains of Southern France, the film opens with the departure of Évelyne (played by director and actress Valeria Bruni Tedeschi, AF FFF19, The Summer House), a local woman who has been murdered after going missing during a snowstorm. With echoes of Akira Kurosawa’s masterpiece Rashomon, Évelyne’s death reveals the hidden agendas of several locals, setting into motion the unexpected.

As these different perspectives are gradually teased out, the extent people will go to for love is revealed, including Alice (Laure Calamy, also in Sibyl playing at this year’s Festival); her husband, Michel (Denis Ménochet, AF FFF18, Custody); and her lover, Joseph (Damien Bonnard, from the Opening Night film for AF FFF19, The Trouble with You); as well as Évelyne’s lover, Marion (Nadia Tereszkiewicz). With so many secrets, deciding who to believe proves as difficult as uncovering the killer’s identity. Only the Animals is a unique mystery built on not just the crime but also the threads and enigmas of the human heart.

“It’s an exciting journey through different cultures and dangerous relationships and into the dark side of desire, where love is a trap from which one escapes with bones irredeemably broken.” – Cineuropa

It’s far from unheard of that a film’s production or genesis is as if not ...
Melbourne International Film Festival, Reviews, Sydney Film Festival, Travelling Film Festival / 16 August 2019 / Festevez

Portrait of a Lady on Fire

God Exists, Her Name is Petrunya

Hundreds of films screen every year at the Sydney Film Festival and you can’t always ...
more