Polish Film Festival in Perth is dedicated to celebrating the art of filmmaking by showcasing the best of contemporary Polish cinema. 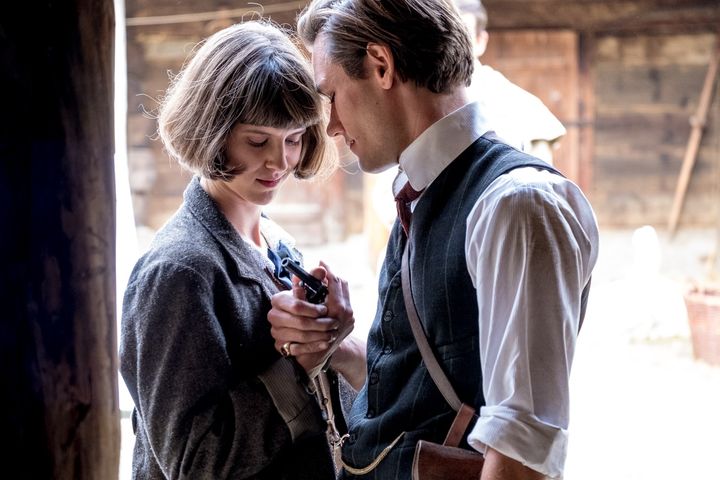 POLISH FILM FESTIVAL IN PERTH | OPENING NIGHT | THE LEGIONS | LEGIONY THURSDAY, 29 October 2020 6:00pm for 6.30 start Join us for the opening screening of the 6th Polish

Join us for the opening screening of the 6th Polish Film Festival at Luna Leederville.

One of the most expensive Polish film productions of all time, The Legions follows a love triangle set against the backdrop of the heroic struggle of Polish Legions to win independence from Tsarist Russia.

A story of love, friendship, big dreams and entering adulthood in the early years of World War I. Shot on a grand scale, The Legions is an epic tale about the generation of 1914-1916 Polish Legions who fearlessly threw themselves at Russian cannons in the fight for Polish independence. Armed struggle is the background for a love triangle unfolding between Józek, a Tsarist army deserter who joins the emerging Legions, Ola, an intelligence agent for the 1st Brigade and her fiancée, lancer Tadeusz Zbarski.

For more information about the screening and the festival please visit:
https://www.polishfilmfestival.org/the-legions THE DAY OF CHOCOLATE is a delightful adaptation of the award-winning book by Anna Onichimowska under the same title about the adventures of Monika and Dawid. It is a tale about longing, love and the power of children’s imagination which makes the impossible possible, forever changing the life of all protagonists. The film balances between the real and the fantasy world of 8-year-old Dawid and his peer neighbour Monika who together discover mysterious creatures that devour Mondays, Tuesdays and other days of the week and face the evil witch who steals precious memories from children. They’re also going to uncover the mystery of the old clock and wake up the Time Hopper who will help them cross the gate to a place where time rules are completely different.

​TICKETS
ONLINE – http://lunapalace.com.au/select-film+3739+polff20-the-day-of-chocolate
BOX OFFICE – Luna Leederville until sold out
THE DAY OF CHOCOLATE won the Cannes’ Krzysztof Kieslowski ScripTeast Award, a project supporting young Central and Eastern European screenwriters. The decision to award the prize reasoned that the film tells with great sensitivity and lively imagination an enchanting story about a seemingly difficult topic: how children react to death.

For more information about the screening and the festival please visit: https://www.polishfilmfestival.org/the-day-of-chocolate Marek Abramski, a well-known doctor, bone marrow transplant specialist and head of a company operating in the field of transplantation, is found dead. There is no doubt he was murdered. The case is investigated by Commissioner Wojciech Samborski aka Sambor and Junior Officer Marta Zadara. They both suspect Abramski’s mistress, but her sudden death proves game-changing. The duo shift their focus to the late professor’s Helpful Hand Foundation, while military intelligence begins to take an interest in the case. A race against time begins.

For more information about the screening and the festival please visit: https://www.polishfilmfestival.org/servants-of-war 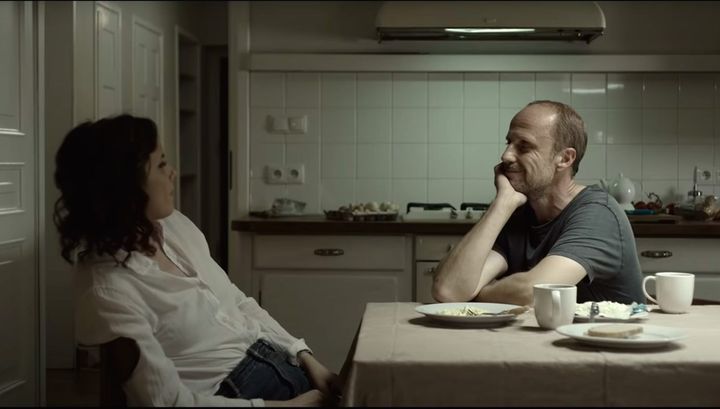 Set in the Silesian mining community the film follows a love-triangle between Kacper, Oskar and his wife Magda. Kacper, who works as a foreman, has an affair with the wife of his best friend Oskar, also a miner. He sends Oskar to the most distant parts of the pit, so he can spend more time with Magda. As they enjoy their rendezvous, powerful explosion traps Oskar underground. The methane being released makes it impossible to get to him and so, convinced by Kacper, the head of the rescue operation decides to reach him by drilling a hole from the surface, like it was done during the famous operation in Chile. Overwhelmed with guilt the lovers throw themselves into the rescue mission in hope of saving Oskar but also their conscience.

For more information about the screening and the festival please visit: https://www.polishfilmfestival.org/the-iron-bridge One of Poland’s most eminent filmmakers and three time Oscar nominee, Agnieszka Holland brings to screen yet another fascinating true story of a well-known and successful Czech healer who diagnosed people using his intuition and cured them with plant-based remedies.

CHARLATAN is the newest biopic by prolific Polish director, Agnieszka Holland inspired by the true story of herbalist Jan Mikolášek, who dedicated his life to caring for the sick in spite of facing immense obstacles in his private and public life. Born at the turn of the 20th century, Mikolášek wins fame and fortune using unorthodox treatment methods to cure a wide range of diseases. Already a local institution in Czechoslovakia before World War II, the healer gains in reputation and wealth whether during the Nazi occupation or under the Communist rule. One after the other, every regime will want to use his skills and in return gives him protection. But what will be the cost of maintaining this status as the tide turns?

For more information about the screening and the festival please visit:
https://www.polishfilmfestival.org/charlatan

Brimming with jazz ICARUS. THE LEGEND OF MIETEK KOSZ by Maciej Pieprzyca, is a drama inspired by the true story of blind piano prodigy Mietek Kosz, with music by one of the most acclaimed Polish jazz pianists and music composers, Leszek Możdżer.

If not for his untimely death Mietek Kosz, the genius jazz pianist, often referred to as Polish Bill Evans, would have been one of the most famous jazz pianists in the world. His talent was discovered at the young age when he started attending a school for the blind. In 1967 after his memorable performance at the most important Polish jazz festival – Jazz Jamboree he became famous almost overnight. Hailed as one of the greatest and most original talents in Polish music, he began an international career.

For more information about the screening and the festival please visit: https://www.polishfilmfestival.org/icarus

“A lot of Festivals cancelled because of COVID so it’s a real testament that you ...
Interviews, Melbourne Documentary Film Festival, Revelation Film Festival / 24 July 2020 / Festevez

‘Mukbang,’ Sydney Film Festival and Diversity in the Arts

“The response from our audience has been fantastic" ...
more